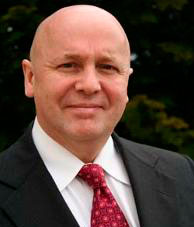 On May 5, 2015, Roger Madison argued before the second highest court in the United States, the U.S. Court of Appeals for the Ninth Circuit.  Roger was representing a military wife whose estranged husband changed the beneficiary on his military life insurance during their marital dissolution.  Roger argued against attorneys from the U.S. Justice Department, representing the U.S. Army, and a large Chicago firm representing Prudential Insurance Company, the issuer of the life insurance policy.  The argument can be viewed here:  http://www.ca9.uscourts.gov/media/view_video.php?pk_vid=0000007600

Roger Madison was recently appointed as a pro tem judge of the Thurston County District Court.  Roger will be taking the bench for the first time on April 21st, when he will be presiding over the afternoon anti-harassment calendar.  He will also preside over future civil motions, small claims, and domestic violence calendars.  Roger considers it an honor to serve as a pro tem judge when the court’s full-time judges need the assistance.

In many family law cases, it is difficult to find the opposing party for the purpose of serving him/her.  Under Washington law, it is possible to obtain a court order under some circumstances to allow service by publication or by mail.  At least arguably, it is also possible to request an order from the court allowing service by electronic means, such as service by Facebook message, as was the case in this New York case.  We handle difficult cases such as this one regularly.  If you need any assistance with your family law case, please contact our office.

Amy Perlman was recognized for her amazing and selfless dedication to the Tacoma-Pierce County Volunteer Legal Services Program and the residents of Pierce County for volunteering 176 hours of pro bono time at both the Washington Corrections Center for Women in Gig Harbor and the Family Law Neighborhood Clinic in Tacoma.

To recognize her generosity, Ms. Perlman was named volunteer of the year and presented an award by Washington State Supreme Court Justices Charles Wiggens and Justice Sheryl Gordon McCloud.

Madison Law Firm supports the ideal and the practice of equal access to justice.   Madison Law Firm encourages its attorneys to donate time to disadvantaged individuals who would otherwise be unable to afford legal counsel.  With this support, Amy looks forward to continuing to generously donate her time in 2015.

Amy Perlman is a new adjunct faculty at Tacoma Community College and will be teaching the Fall 2014 Family Law class. Amy Perlman is volunteering at the first ever, Incarcerated Mothers Advocacy Project’s (“IMAP”) monthly family law clinic at the Washington Corrections Center for Women in Gig Harbor.

Madison Law Firm is a proud sponsor of local teams.  Victoria Dorman and Samantha Arnett are representing Team Alexis in this year’s South Sound 2014 Step Out for Diabetes walk.  We are also pleased to be sponsoring Jim Richardson’s team in the Olympia Parks and Recreation Men’s Fall Basketball League, The Madison Law Dragons!

The opposing party in a marital dissolution case retained the managing partner of Olympia’s largest, arguably most well-established family law firm to represent him. At his request, the Court appointed a very well-respected Ph.D. psychologist to perform a parenting evaluation and make recommendations to the Court. The Court-appointed expert recommended that the parties’ two children, ages 4 and 7, be placed primarily with the father. Roger Madison and the rest of the Madison Law Firm team obtained the services of a forensic psychologist to critique the Court-appointed expert’s work. After an eight day trial, the Court rejected its own expert’s opinion and primarily placed the children with our client, who lives in Tumwater.

On January 10, 2013, Madison Law Firm secured a writ of garnishment for over $217,000 in back child support owed to one of its clients. Under Washington law, the statute of limitations on support claims expires on the 28th birthday of the youngest child subject for whom support is ordered. Madison Law Firm registered the California order of child support two days before the 28th birthday of the child and later discovered an account in the father’s name with a balance of over $260,000.

Amy Perlman of Madison Law Firm secured a sexual assault protection order for a client, protecting the client from further contact with the perpetrator. At the evidentiary hearing, the court commissioner allowed the alleged sexual assailant’s attorney to question Amy’s client about her sexual past, over Amy’s objection. Amy filed a motion to revise the commissioner’s order, and the judge agreed with Amy, reversing the commissioner’s order and granting Amy’s client a sexual assault protection order.

After a three day trial, the Thurston County Superior Court granted Amy Perlman’s client the right to relocate with her two children to Florida. The father, who had a history of domestic violence and alcohol abuse, vigorously opposed Amy’s client’s plans to relocate. The Court sided with the mother, finding that the relocation to Florida should be allowed.